If you are currently working in a company that is aviation-related, you can be refunded 80% of the test fees! Please feel free to ask us for more details or check out these websites:

If you are an airline, please contact us directly for further details on the CLEAR ICAO Assessment.

Further English training may be needed to maintain or improve your level of proficiency.

To prepare you for your upcoming ICAO assessment please read the CLEAR - ICAO Assessment for Test Takers and watch the sample exam videos below.

Part 1 tests voice-only communication. In part 1 there is no eye-contact between you and the examiner.
In each scenario:

At the beginning of each scenario, the examiner will give you instructions for this part of the test. On the instructions you will have basic information about your flight. You will not be tested on this information; it is there to help you communicate. This information includes but is not limited to:

The instructions also include:

The examiner will give you 45 seconds to look at this information before the test continues. You can look at it during the test so you don’t need to remember it.

This task tests your ability to understand numbers, letters, weather vocabulary and plain English for warnings. As you listen, you need to take notes on the important information. At the end of the role play scenario, the examiner will ask you questions about what you heard so it is important that your notes are clear and help you to remember.

TEST PRACTICE: Practice this exercise using the sample test on the CLEAR website. Watch the video, take the role of pilot and then communicate with A TC.

You will hear the ‘chime’ sound and see this symbol every time you need to speak during the role-play scenarios.

During the role play scenarios, you need to read back the examiner’s ATC calls and use standard ICAO phraseology as if you were using the aircraft radio. However, you are not assessed on your read back or your phraseology. The examiner assesses your English in the non-routine situations only.

The non-routine situations in each role play are presented with visuals on the computer screen and by the examiner in spoken radio messages. When you are in these situations, use standard ICAO phraseology and plain English where appropriate, and communicate as clearly as you can with the examiner.

TEST PRACTICE: Practice this exercise. What would you say in plain English to the air traffic controller in the non - routine situation?

At the end of the en-route scenario, you have to brief your cabin crew about the situation. This task tests your ability to give information in plain English about a non-routine situation. You need to try to give as much information as you can about what is happening and what you are going to do when you see this prompt on the screen:

Many airlines use an emergency acronym to brief flight-deck and cabin crews which helps simplify the communication exchange. One example is the use of a NITS brief which includes:

TEST PRACTICE: Practice this exercise. What would you say to your cabin crew in the non-routine situation?

At the end of the role play scenario, the examiner will ask you questions about the ATIS/VOLMET broadcast. In this task, the examiner assesses how much of the broadcast you understood. You can ask the examiner to repeat the questions if necessary. Try to give short and clear answers to the examiner’s questions.

The second part of the test takes 7-9 minutes and simulates the pilot task of monitoring the frequency during flight. First you will listen to a recording of radiotelephony communications. Then you need to give a spoken report of the non-routine events from the recording.

At the beginning, the examiner will play one extended recording of radiotelephony communications in routine and non-routine situations from the following phases of flight:

Each recording is between 5 and 6 minutes long. You can listen to the recording once only.

This task tests your ability to understand plain English in non-routine situations on the radio. In this task you only need to listen for information about the non-routine situations. We strongly recommend you take notes as you listen. It is important that your notes are clear and help you to remember.

TEST PRACTICE: Practice this exercise using the sample test on CLEAR website. Listen to the sample recording. Make notes as you listen. Then check your answers.

There are two speaking tasks in the final part of the test. Together they take 6-8 minutes. In the first task you have to describe a picture, and in the second task you discuss aviation topics related to the picture with the examiner.

At the beginning, the examiner shows you an image on the computer screen and asks you to describe it. This task tests your ability to describe a work-related situation in plain English. When you are describing the image, try to speak for as long as possible, and give as much information as you can.

When you have finished your description, the examiner asks you a series of questions. Some of the questions are related to the picture, and some are questions about more general aviation related topics. This discussion task tests your ability to:

When answering the questions, try to give full answers and give as much information as possible. You may ask for clarification if you do not understand a question. In this part of the test, the examiner does not assess your listening comprehension.

TEST PRACTICE: Practice this exercise using the sample test on the CLEAR website. Look at the picture. What would you say? 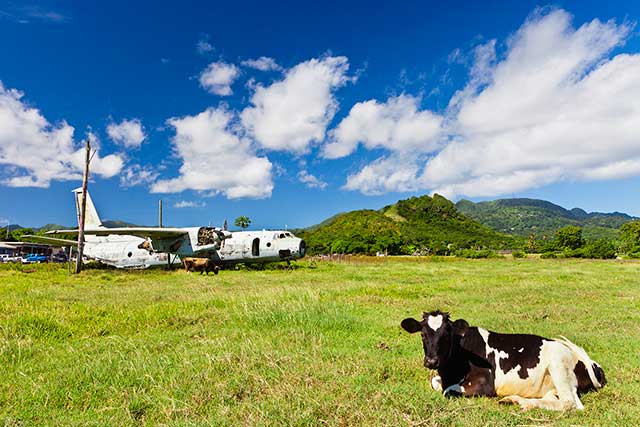 To apply for an appeals, please send an email to admin@iaeltd.org with your PayPal receipt.